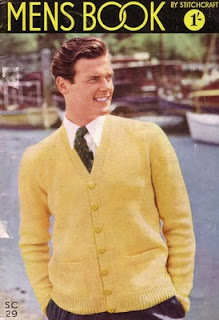 Before making it big as The Saint and James Bond, a fresh-faced Roger Moore used to earn a crust by modelling knitwear. He was rather good at it, actually. Check out The Man with the Golden Cardigan pose on this Mens Book by Stitchcraft cover from the 1950s. 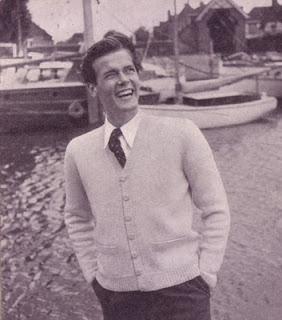 Same double-knit, button-up cardie, only in moody black and white. He's laughing because the creative team have made him stand in Teddington Lock and a fish has just gone up his trouser-leg. 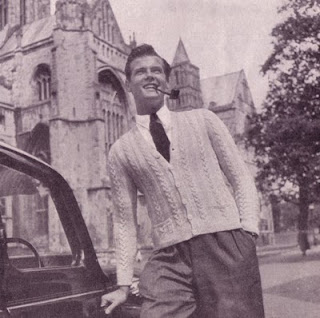